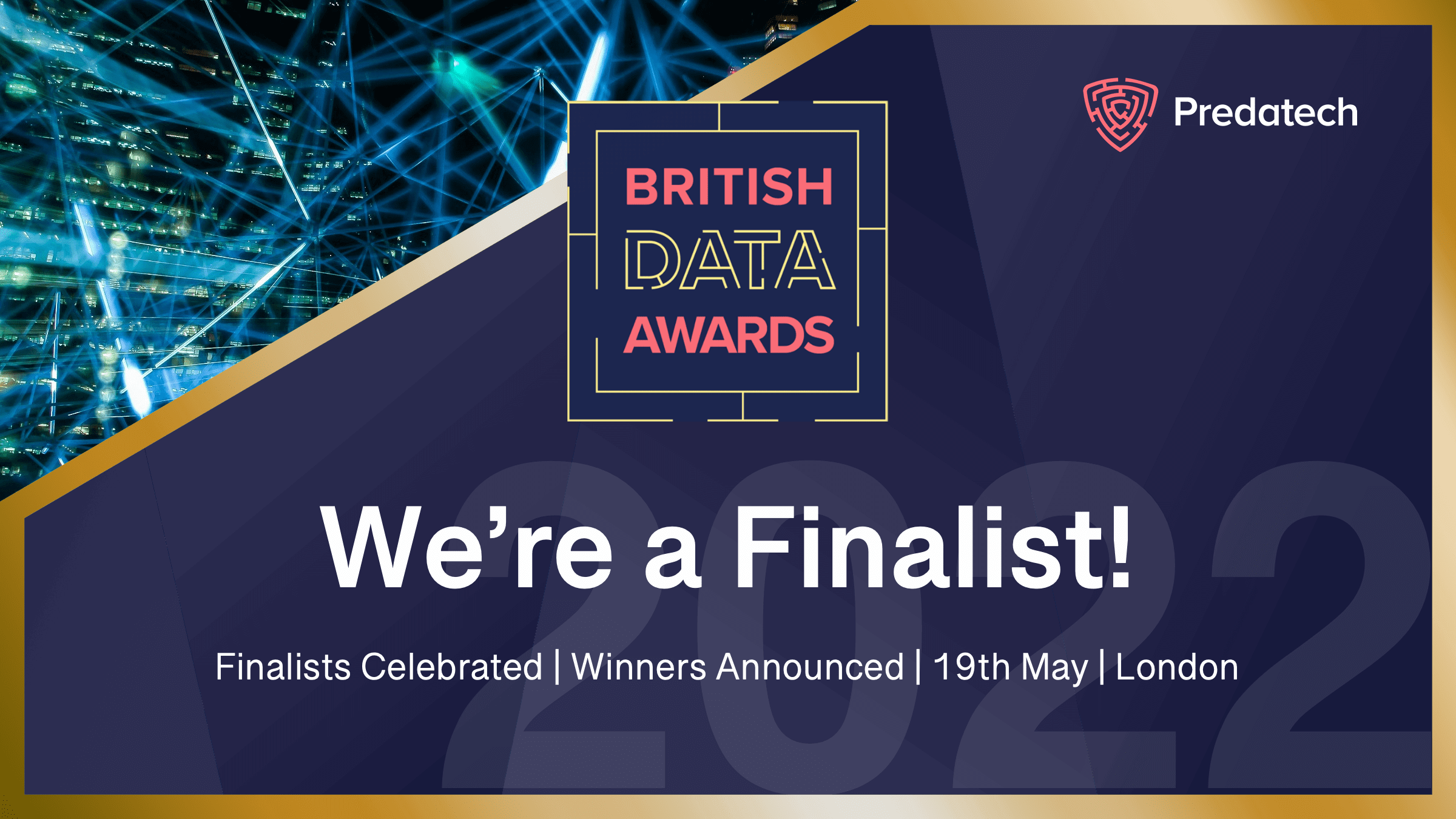 Evo is proud to announce that we’ve been named a Finalist in the British Data Awards 2022 in the categories of AI Company of the Year and Startup of the Year.

“We are honoured to be selected as finalists for both prestigious awards out of such a qualified pool of candidates. Evo has worked hard to increase its impact over the past few years, and it’s wonderful to have that impact recognized by our peers in the world of data” said Fabrizio Fantini, CEO of Evo.

The British Data Awards is an annual awards campaign that sets out to uncover data success stories. Organisations taking part include FTSE 100 giants, public sector pioneers, technology unicorns, agile not-for-profits, and innovative start-ups among others. This year, 158 qualified nominations were received, making competition to be named a Finalist particularly tough this year.

Jason Johnson, Co-Founder of Predatech and British Data Awards judge said, “The standard of entries received this year has been particularly high, which has made judging a great privilege, but also a real challenge. All the Finalists should be incredibly proud of their achievements, and for helping to remind us of the sheer talent and ingenuity that makes the UK such a global powerhouse for all things data. I look forward to celebrating their successes on the 19th May.”

Evo celebrates this milestone and looks forward to finding out the winners in May.