EvoFlow is a versatile platform developped by Evo’s data engineer and devOps teams that creates, schedules and monitors workflows.

Codifying workflows allows the development teams to create and share versions of their products. This collaborative process can all happen while maintaining the structure of those products or, even better, while improving those structures.

EvoFlow was created to be an enhanced flow of ETL, Scraper, and other data pipeline checks, but its functionalities expand far beyond these uses.

So why did we create our own platform? After all, the widely-adopted, AirFlow (https://airflow.apache.org/) can do all of the things that EvoFlow does; it has long become the standard. Although the usefulness of AirFlow is not in dispute, the tool can be somewhat unwieldy. With so much functionality, it can actually slow down simple checks. We needed a tool to simplify ETL and Scraper flows, not to complicate the process further.

The EVO data engineer and DevOps teams decided to build a simplified platform that would accomplish our goals more quickly. We named it EvoFlow as it born as a flow of flow checks.

Creating EvoFlow gave the team some significant advantages over Airflow. With EvoFlow, we benefit from:

EvoFlow has five key components, all of which you can see in Figure 1:

Source files include several extensions and are generally used to load data into the EvoFlow platform. The only data source requirement is that they must not alter the data during the load. As an example, SQL queries should only include select statements: 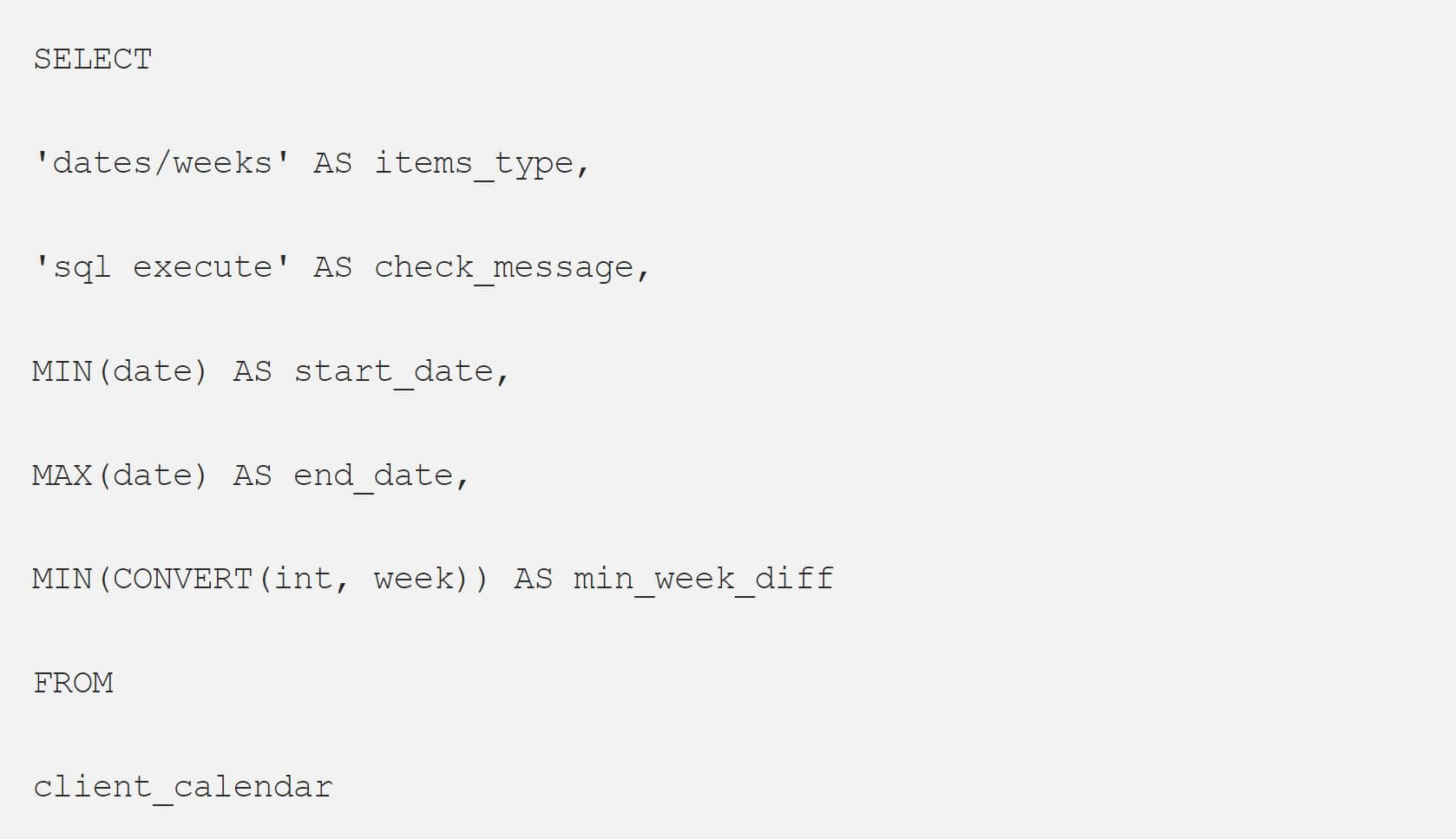 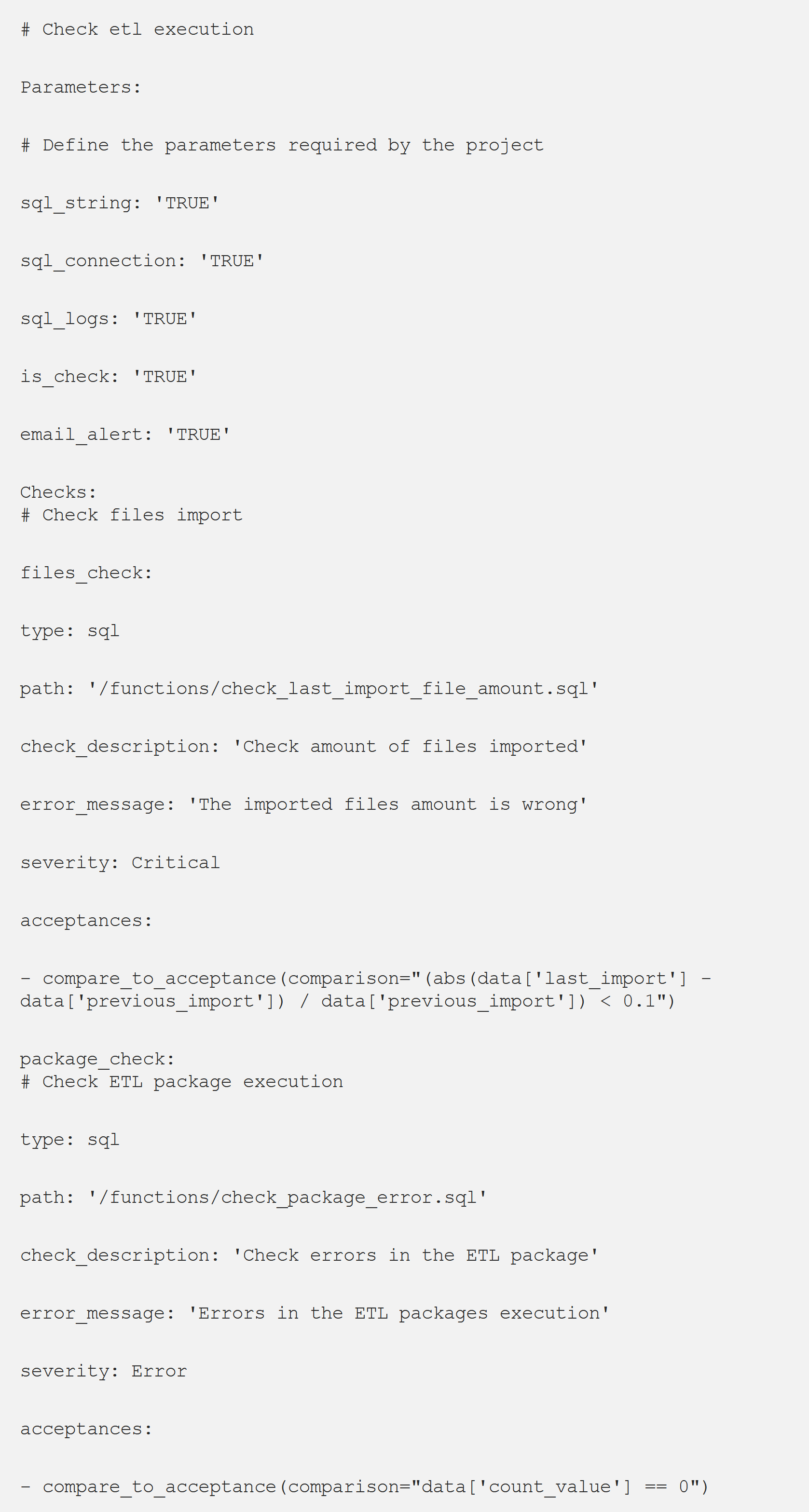 Functions specify all of the actions and checks required by the rule acceptances. They are generally written in Python:

Logs are generally stored in the SQL database, managed by Alertmanager, and reported as Metabase dashboards.

EvoFlow primarily handles checks for ETL and scraper automations. That said, its functionalities can also execute any possible script and manage corresponding alerts.

EvoFlow is currently used to:

If we need to expand our use of EvoFlow in the future, the platform has the flexibility necessary to accomplish those tasks, as well.

The development of the EvoFlow platform has been a game-changer within the EVO organisation. With this new piece of infrastructure, we have been able to:

To evaluate EvoFlow performance, we wanted to quantify its impact. We have primarily measured the time spent on a task and the number of alerts. Time spent on these tasks was reduced by two to four times, depending on the duty. The number of alerts has dropped by approximately 10% per week.

The number of alerts has continuously dropped primarily due to the integration of EvoFlow with Alertmanager. This union allows us to manage alerts according to the name of the associated project and the level of severity of the alert (error, warning, critical). The integration furthermore automatically creates Gitlab issues related to triggered alerts to ensure that each alert is given proper prioritization and that tasks to resolve it are delegated to the right team members.

Our early results show promise for the young EvoFlow platform. It has already delivered significant ROI, and we are optimistic to see even better performance shortly. While we cannot suggest that a simplified platform like EvoFlow is the right solution for every team, we are pleased with its success so far.

Tobia Tudino is a Data Scientist at Evo. After obtaining his Ph.D in climate science at the University of Exeter, Tobia worked as Data Engineer in London. He is specialised in the analysis of the customers’ digital experience and in the creation of complex machine learning algorithms using R, Python, Amazon SageMaker and Google DataLab. He is particularly interested in the translation of complicated concepts to easier terms. In his free time Tobia loves swimming, reading, and exploring new challenges.