Research has shown that companies with a higher percentage of women workers tend to have increased productivity and reduced employees turnover. The study “Delivering Through Diversity” conducted by McKinsey discovered a 30% boost to performance across the board in firms with more leadership positions filled by women.

This pushes the idea that gender diversity benefits companies not only in the workforce in general, but higher up in the ranks. Women verifiably improve competitiveness and success. However, despite these verifiable truths, the gender gap still exists.

Cultural biases still exist. Also, women tend toward underemployment because institutional support for their particular needs is not sufficiently equal to what men receive. For example, since women are the primary caregivers of children, things like parental leave, childcare, work hour flexibility, and financial incentives stand in the way of mothers dedicating themselves to their careers.

The continuing pay differences for men and women also contribute to the problem. The statistics still clearly show that men get paid more than women for the same role and experience and skill level. This pay gap shows up most pointedly in higher positions, such as for department managers, where fewer women infiltrate the ranks.

Forecast models from the Harvard Business Review states that $28 trillion of the entire world GDP would have to do with the gender balance at work by 2025. A full 85% young adult workforce in the millennial generation consider these gender-based wage gaps a strong consideration when deciding which firms to apply to. The smaller the gap gets, the better the company’s performance and position in the marketplace. Everything from public opinion to the satisfaction of team employees would increase.

Evo sites to ensure no gender gap among our workers and recognizes the great contributions women can particularly make to our team. We introduced you to a few of our data scientists in the last article. Now, meets the more powerful women who make day-to-day function and ongoing growth possible. 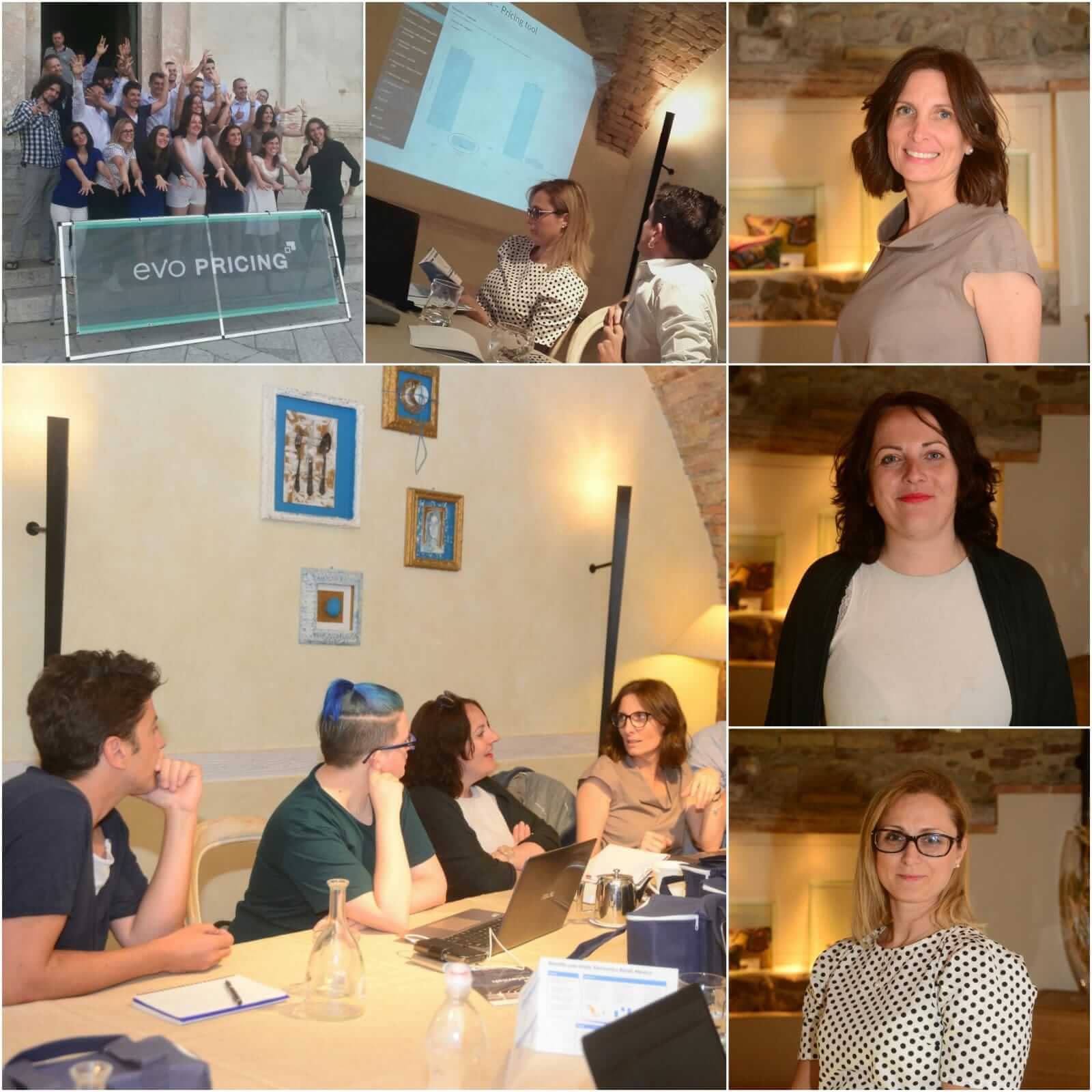 Kismet comes to Evo from the United States and became the Business Administration Specialist last year. Her native grasp of English benefits us greatly in all sorts of roles. We value her managerial skills, extreme organization, strong sense of determination to get a job done, and upbeat personality. We are happy to have her as an integral part of the entire team. Although she operates primarily with the Turin office, she built strong positive relationships with all fellow employees.

Cristina joined Evo in 2016 and is now the Evo Marketing and Communication Specialist. She was originally involved in Administration and HR management, then she was responsible for the hiring processes during the first Data Scientist acquisition period. Evo helped her grow and advance into new IT skills and proficiencies. She now enjoys a much higher level of competence with various forms of technology. Her current position puts her at the head of marketing practices within the company. This interest has followed her throughout her career, and she appreciates Evo’s dedication to performance excellence and development of new skills and potential.

Tina performs product quality management services within the QA department she has worked for the past three years. She enjoyed rapid career growth and is now responsible for the accurate function and deployment of software products we offer. Her new managerial position puts her at the head of the quality assurance team. She shared her methods for maintaining high productivity and motivation. Tina credits a high degree of organization, a comprehensive to do list, and both short and long-term goals for her continued success. She does agrees that more men exist in the IT world and women, and also recognizes some factors that contribute to this. She mentions a lack of mentors, the gender wage gap, and a general cultural bias against women in high tech roles. While people may not be conscious of these issues, she believes that schools, society, and many businesses do little to encourage women. One of her goals is to step up and mentor other women who want to achieve success in their careers.

Barbara has been a fashion industry consultant for more than 15 years now. She comes from France and works with Evo in the realm of fashion technology. Part of her focus is on various conferences, industry shows and workshops dedicated to the advancement and introduction of various new programs offers to these industries. Her impression of women in the IT world culminates in her understanding that there is no real lack. She sees companies like Evo with a majority of female tech workers, and this is an indication of how the future will continue to advance. She specifically mentioned Sheryl Sandberg and Angela Ahrends as inspirational women within the industry.

Ms. Sandberg works with Facebook as its operational director. From her place of power, she promotes gender equality and seeks to destroy the gender-based wage gap. Her book titled “Lean In” covers many truths about how and why women struggle across various employment sectors and includes solutions to these problems. Ms. Ahrends, a former CEO of fashion company Burberry, transformed the brand into mere fashion to a digital powerhouse focusing on e-commerce and other online factors. After her eight years with Burberry, she advanced her career as a top manager at Apple Corporation.

Barbara expresses admiration for women who achieve advanced positions while juggling family and other responsibilities away from their job. Far too many companies show a considerable dearth of women in both management positions and as general employees. A shift toward more promotion of women across the tech industry will not only further gender equality but also help the companies increase productivity and their public image. Barbara does point out that 80% of fashion brands were launched and operated by women, so that industry has always provided upper management roles and advancement possibilities.

Back at Evo, recent team acquisitions include two more women: Federica is the new HR Specialist and Christina works with quality assurance. We have always enjoyed a majority of women working for this firm. Despite the male domination across the technology industry, we are dedicated to providing equal opportunity and professional development to all genders. We feel this brings a unique opportunity for the company to grow and advance in exceptional ways.