Cheese and Onion or Egg and Cress? Who is the winner in the markdown wars?  Tweet This

Once upon a time there were two sandwiches sitting on a supermarket shelf.

These two sandwiches had more similarities than differences.

As with all fresh foodstuffs, they had a sell by date, in this case the 26th October.

They were both made using white bread. 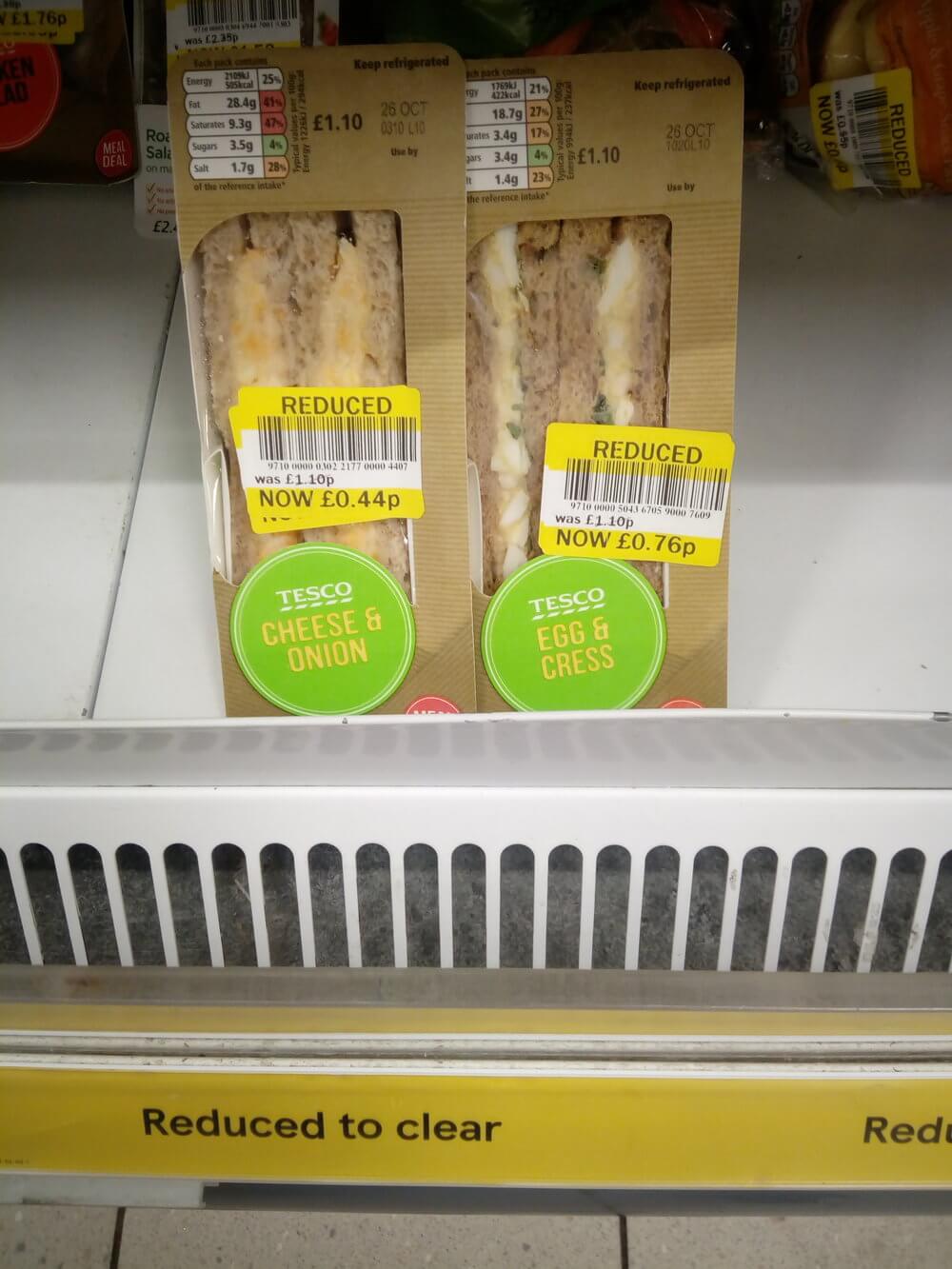 But, as their shelf life drew to its inevitable end, there were two differences that had a key role in deciding their destiny.

The first was their fillings.

The second was their markdown price.

As they lay in the “Reduced to clear” section waiting for their yellow ticket, decisions were made that took them along different paths.

Mr. Egg and Cress Sandwich was reduced to 76p, while Mr. Cheese and Onion Sandwich went all the way down to 44p.

So, what did Mr. Egg and Cress Sandwich have that took him from the same price as Mr. Cheese and Onion Sandwich to a higher markdown value?

Gone are the days when the evening store assistant assigned some random low price across the board to expired items in the hope of getting them off the inventory.

Using the kind of tools developed by Evo Pricing, supermarkets can drill right down to individual SKUs and predict what kind of markdown would work best for each product. And we’re not just talking here about some generalisation.

The Big Data algorithms are much smarter than that. They base their calculations on weather, time of day, day of the week, season, footfall, shopping habits and, of course, minimising the wasted  opportunity of markdowns.

What does this mean in practice?
Well, for example, it could mean that while Mr. Egg and Cress Sandwich holds on to a higher value on a Thursday afternoon, Mr. Cheese and Onion Sandwich could be the “winner” on a Friday morning.

Or at midnight on Saturday.

Or maybe there’s another of those hurricanes about to blow in from the Atlantic and the supermarket suspends all sandwich markdowns because panicked people grab whatever convenience food they can before a storm, regardless of price.

Get the programming right, give a computer enough data, and it can it can come up with millions of undreamed of possibilities and opportunities.

Now, the eagle-eyed among you might have noticed the corner of another sticker under Mr. Cheese and Onion Sandwich.

Perhaps you would be right, but that doesn’t in any way invalidate the core premise.

Or, and here’s the kicker, maybe the store manager was walking by and heard a customer saying, “76p! How come the Cheese and Onion is the same price as the Egg and Cress sandwich?”

Yes, that’s right – the machines haven’t taken over yet. There’s still room for human observation and intelligence on the ground.

Let’s not go there. We don’t want to let slip one of our biggest secrets.

Everybody knows Cheese and Onion sandwiches are cheaper than Egg and Cress.

No magic formula. They just are.

If you want to join in the debate about the right price for Cheese and Onion sandwiches why not contact us here. Or you could ask us about the secret sauce we call “The wisdom of the staff”.

Martin Luxton is a writer and content strategist who specializes in explaining how technology affects business and everyday life.

Big Data and Predictive Analytics are here to stay and we have only just begun tapping into their enormous potential.